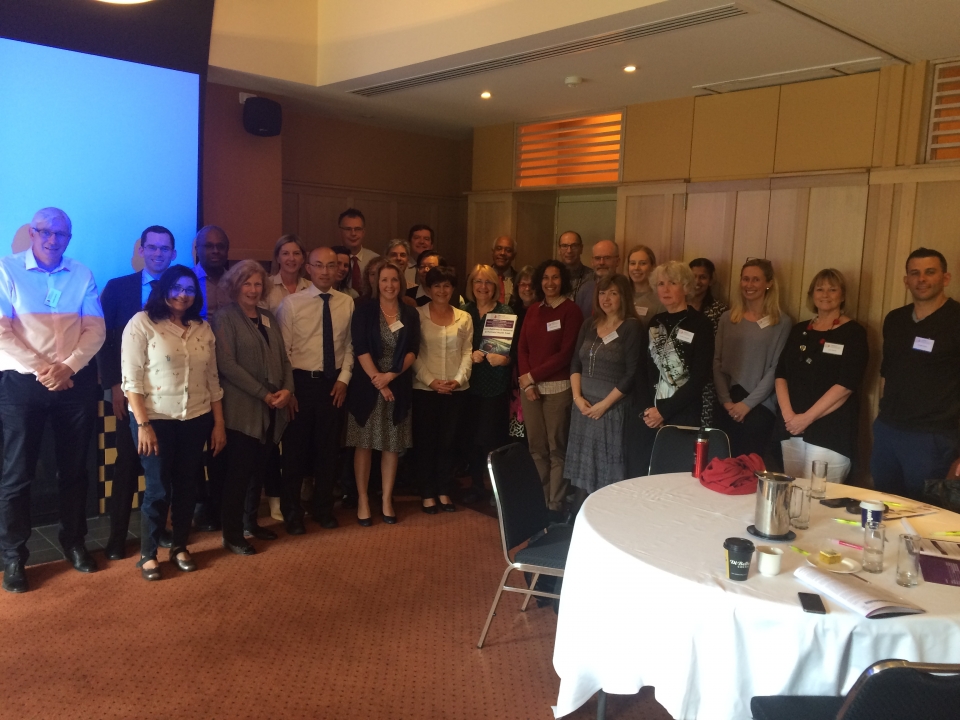 The November 2016 IMPACT single day meeting took the theme of Core Outcomes in Maternal & Perinatal Health Trials, and was held in University House at the University of Melbourne. Twenty seven registrants from across the spectrum of perinatal clinical care and research were privileged to hear a range of keynote addresses in the morning. The meeting started with Ben Mol walking us through the rationale for and progress of the Core Outcomes in Women’s and Newborn Health (CROWN) initiative (http://www.crown-initiative.org/). This was followed by Emily Shepherd presenting a range of examples and practical strategies for achieving standard outcomes for perinatal clinical trials, and Kei Lui describing the utility of established datasets (such as that developed by the Australian and New Zealand Neonatal Network: https://www.anznn.net) in informing clinical trial outcomes. A comprehensive group discussion was held following these presentations, in which the benefits of and barriers to widespread implementation of defined core outcomes were considered. The first session concluded with Dorota Doherty’s presentation on behalf of the IMPACT Network Data Sources Working Group, which focused on the range and scope of data sources available in different jurisdictions.

The session after morning tea provided an opportunity to hear updates about current trials and concept developments. Three trials in advanced stages of development were presented for discussion:

Additionally, Lucille Sebastian provided an overview of IMPACT Network Concept Development Workshops, and IMPACT members gave brief updates of the trials with which they are involved.

After lunch, four proposed trials were described in some detail, followed by a discussion facilitated by an experienced IMPACT Network member:

The discussions about each trial afforded investigators an opportunity to receive candid (but polite!) feedback regarding trial design and feasibility from a wide range of perspectives.